As promised, this is just a quick note to let you know that my latest novel, Notes on a Missing G-String, is now available from Amazon in ebook and paperback formats.

Notes on a Missing G-String is the first novel in a new mystery series featuring jazz musican-turned-sleuth Jason Davey.

Listen to Winona Kent being interviewed! 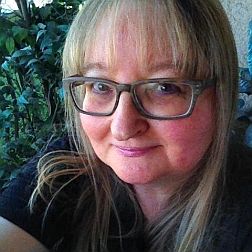 Listen to her in this Podcast