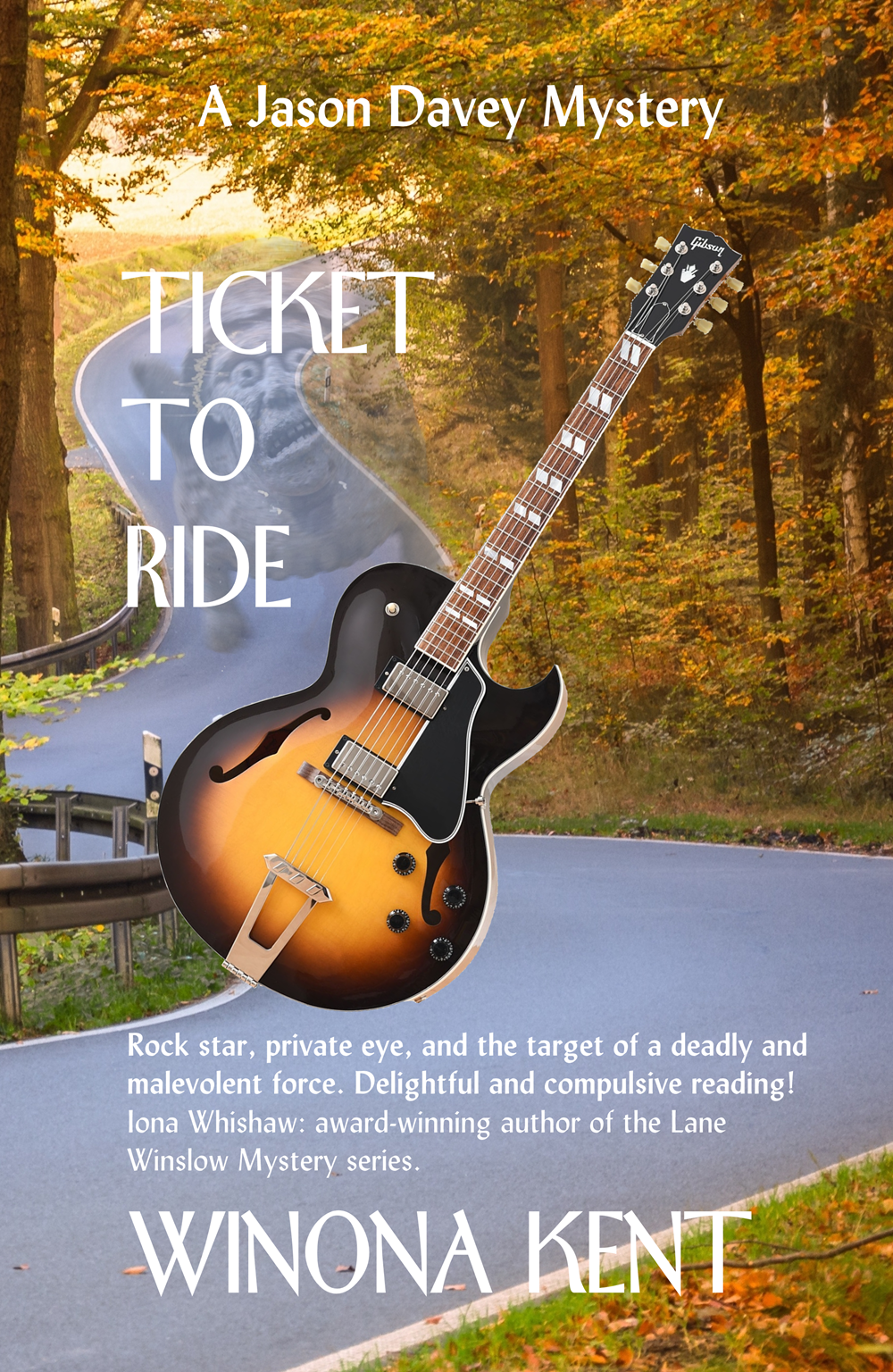 If you haven’t discovered Jason Davey yet, you’re in for a treat. Rock star, private eye, and the target of a deadly and malevolent force seemingly attached to his band’s anniversary tour like a demonic limpet. Delightful and compulsive reading!
Iona Whishaw, award-winning author of the Globe and Mail bestselling Lane Winslow Mystery series

Ticket to Ride is a captivating and original mystery with a cast of quirky characters and a likable protagonist who entertains a belief in ghosts and guardian angels. Jason Davey proves a clever sleuth with a wicked sense of humour and a tenacity that never wavers even when confronted with increasingly life-threatening situations. Winona Kent writes with a deft hand, melding suspense and comedy in a thoroughly entertaining mix that will keep readers entranced until the very last page.
Brenda Chapman, author of the Stonechild and Rouleau police procedural series, the Anna Sweet mystery novellas, and the Jennifer Bannon mysteries for middle grade

It’s time to tune up the band as guitarist and amateur sleuth Jason Davey returns for another deadly ballad! Fans of music and mysteries won’t want to miss out.
A.J. Devlin, author of the award-winning “Hammerhead” Jed ex-pro wrestler turned PI mystery-comedy series

What a perfect character: popular jazz musician/private eye…everybody’s perfect job, right? Well, yes! Until someone with a big grudge tries to kill you! That’s when this whodunnit gets very interesting... WHAT HAPPENS NEXT?? Perfect for a tv series, because Winona Kent does what a good crime writer must do; she puts you in the room next to the characters! Write on Ms. Kent !!!
Willy Ward, songwriter, vocalist and broadcaster

Ticket to Ride crackles and sparkles, pulling the reader along with a heady mix of mystery, mysticism, murder and music.
M.N.Grenside, author of thriller Fall Out and award-winning TV producer 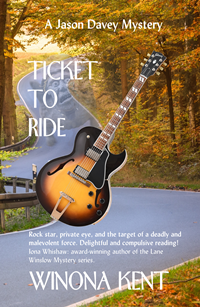 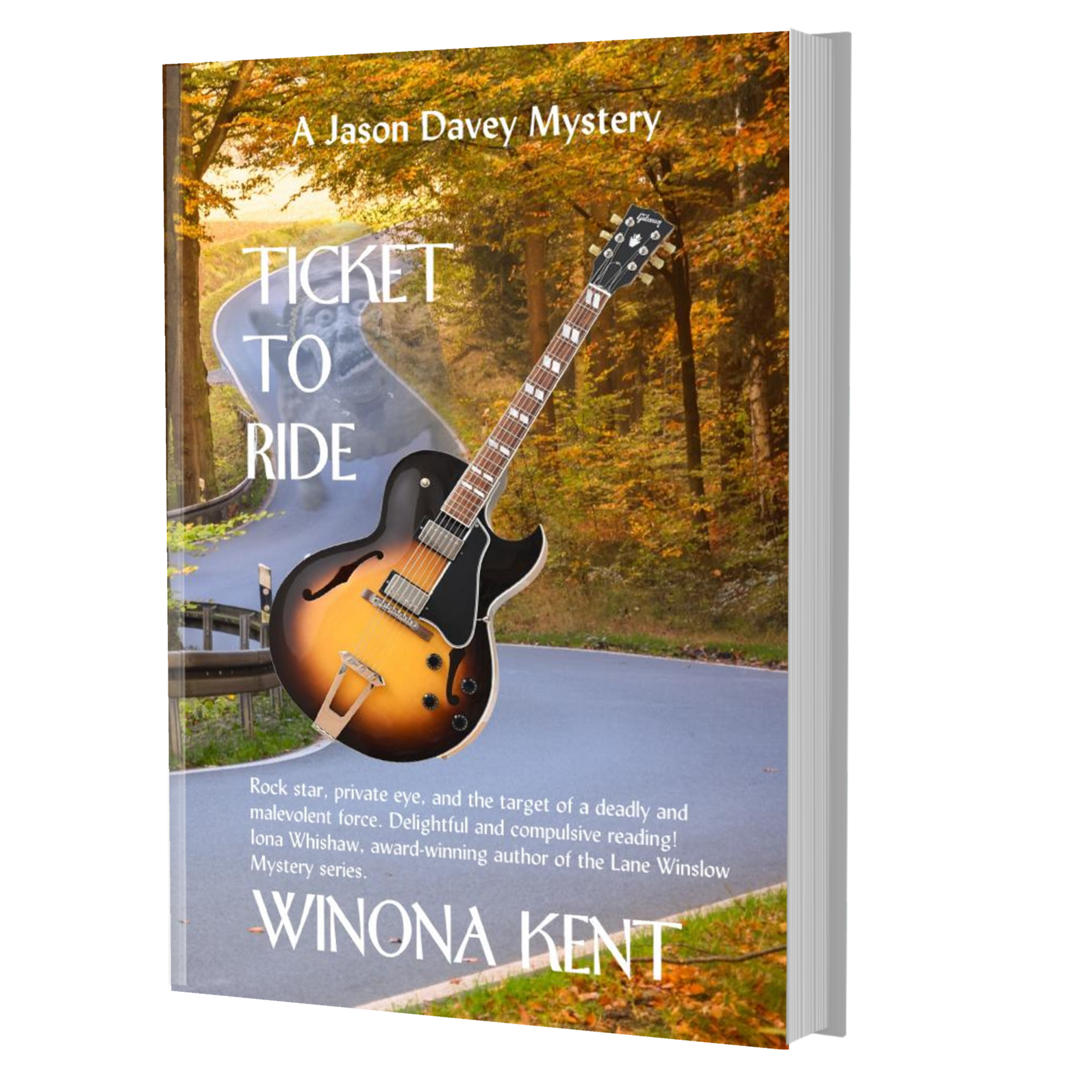